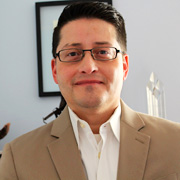 Evan is a Veteran Advocate with two decades of experience in strategic talent acquisition and human resources who has dedicated his career to support fellow Veterans, transitioning service members, reservists, and military spouses across the country in finding meaningful careers.

Currently working as a Head of Military Programs and Veteran Affairs for Verizon, Evan’s responsibilities include creation, development and oversight of Verizon’s global military strategic recruitment and national engagement across the enterprise. He serves as senior advisor to Verizon’s Veterans Advisory Board, Verizon Foundation and other senior level Veteran endeavors. He leads and manages high level public and private sector partnerships that help Veterans transition from military service into civilian careers. His focus is to create programs that allow transitioning military, Veterans and military spouses find employment in their local communities and across the nation.

Evan’s passion and drive in supporting and employing Veterans across the nation has lead Verizon in receiving multiple award recognition such as:

Evan was most recently featured in a Linked-In commercial for his work in using Linked-In as an effective sourcing tool for employment opportunities with service members. https://www.youtube.com/watch?v=NoBlpA6GRGo&list=UUKz7zeOOpvAy5qs7sCy7QhA

Evan created Recruiters 4 Veterans (R4V) networking group on Linked-in as resource tool and call action for recruiters across the country to use their influence in allowing our services member to be seen and heard during their job search.

He has also been featured on Fox News, NBC News, News 12, radio and has contributed to multiple media and reputable print publications from across the country.

Evan graduated from Bernard M. Baruch College and resides in Caldwell, New Jersey with his wife and four sons.