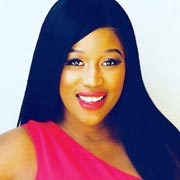 As Director and Head of Diversity and Inclusion for IAC Applications, an IAC/InterActiveCorp (NASDAQ: IAC) company, Netta Jenkins leads the charge on the company’s mission to foster an inclusive, collaborative and forward-thinking workplace by focusing on people, products, and programs.

From a young age, Jenkins has been focused on diversity and inclusion. In 8th grade, she was selected to be the first black president in a predominantly white high school located in Johnston, Rhode Island. Her number-one mission was to break barriers and bias. Her programs aimed to challenge the existing mindset through educating and empowering. Her experience as president helped her tap into her motivation and prepared her for the career that she has today.

Jenkins continues to pay it forward and creates programs that educate and inspire employees internally for all four businesses including Apalon, DailyBurn, Ask Applications, and Slimware.

Simultaneously, Jenkins is launching mentorship programs that aim to empower youth and underrepresented groups in technology as well as producing a web series called “Empowered in IAC Apps.” The series highlights employees and community members who have made meaningful contributions to Diversity & Inclusion in the workplace.

Jenkins’ also launched a career switch program that will help increase representation and cure systemic issues within the workplace. Working professionals from under-represented groups will be partnered with leaders at IAC Apps that will mentor and ultimately hire mentee. Jenkins recruitment efforts include a diversified approach. She has partnered with Morgan State University, New York University, General Assembly and App Academy to ensure talent recruitment is coming from all backgrounds.

Under Jenkins’ leadership, IAC Applications was named 2018 Top 1000 Company Worldwide for Millennial Women by Mogul, selected for 2017 Profiles in Diversity Journal Excellence Award and Google said IAC Apps is a star example of a partner pushing towards gender equality as well as overall cultural equality under Jenkins’ charge.

Jenkins served as a keynote speaker and panelist for several conferences including The Conference Board: 22nd Annual Diversity and Inclusion Conference and 2018 Featured Speaker for Black Tech Week and NOLAVATE during Essence Festival. Jenkins also participated as a thought leader alongside executives from Google and Foursquare in a Crowded Tech Jobs panel covering talent in the technology industry.

Prior to IAC Applications, Jenkins was the CEO and founder of Global Glamour Casting, and served as an executive recruiter to Liberty Mutual, and CyberCoders. She also worked as a career advisor to students at the University of Rhode Island.

Jenkins holds a BA in Communications and concentration in Leadership from the University of Rhode Island and an MBA in Human Resources and Accounting from Cambridge College, where she was selected to be the 2014 graduate commencement speaker.

Jenkins’ mission has always been centered on educating and empower others because she knows that everyone feels a form of exclusion at one point in their life.