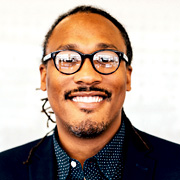 Vincent Marigna has dedicated his career to the public and non-profit sectors. Vincent’s position as a Teach For America (TFA) corps member inspired him to dedicate his life’s work to ensure all student have access to a quality education. After completing his two-year corps commitment, Vincent Marigna joined the staff of TFA in 2005 as a Program Director.

In addition to his leadership within KIPP New Jersey, Vincent supports KIPP’s national efforts. Vincent served as a member of the KIPP Framework for Excellent Teaching (KFET) committee. In this capacity, Vincent worked with 21 other KIPP committee members to develop a teacher competency model that is used nationally for teacher selection and development. Vincent also serves as a leadership coach for the KIPP School Leadership Program for the past seven years, where coaches 3-4 school leaders per year in KIPP regions across the country. In addition to his role as a Leadership Coach, Vince serves as a member of the Fisher Fellowship Selection Committee for the past five years.

In 2018, Vincent is Executive Director Braven, a career and leadership development accelerator program run out of Rutgers Newark. In this role, Vincent is responsible for supporting first generation college graduates with attaining a strong first job.