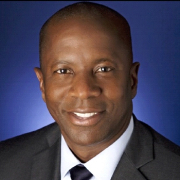 Ronald E. Taylor currently serves as a First Level Officer, Office of Diversity & Inclusion (ODI) for The Federal Reserve Bank of New York. As a member of the ODI team, Ronald supports the leadership and oversight of initiatives for both ODI and the Office of Minority and Women Inclusion (OMWI) across the Bank and the Federal Reserve System. Ronald also collaborates with each Group as the Bank continues to plan, integrate and execute its Diversity and Inclusion objectives. Most recently, he was a Diversity/HR Consultant where he designed and implemented diversity and inclusion programs and networks for his clients.

Taylor began his professional career with KPMG in 1998 as an audit associate in the firm’s New York office working primarily in the financial services area. He was promoted to audit manager in 2002. A year later, Taylor joined the Workplace Solutions team as Northeast Regional Manager – a newly formed role that integrated the firm’s national work/life; community service; diversity and affirmative action programs.

He earned his B.S. in Management with a concentration in Accounting from the University of Massachusetts at Boston and was the recipient of the Charles Hoff Leadership Scholarship for Community Involvement.

Taylor is a Certified Public Accountant in the State of Massachusetts and a member of the American Institute of Certified Public Accountants (AICPA) as well as the New Jersey Society of CPAs. He is also a past member of Harlem Reviving Baseball in Inner cities (HRBI) Board of Directors; St Anthony High School’s Board of Trustees and currently supports the AICPA’s National Diversity Commission subcommittee, reviewing minority advancement in the accounting profession. Taylor served on the National Board of Directors and is a lifetime member of the National Association of Black Accountants.